The Chimera: My Signature Guitar

My dad and I cobbled this hyperstrat monstrosity together from parts. Notably, the neck is from an Encore and had a "Made in China" sticker on it. Despite its looks and dubious heritage, it plays really well and sounds great.

A notable feature of this guitar is its electronics: it has a volume and tone control for each individual pickup. I was inspired by videos of players (especially Trey Anastasio and Pat Metheny) fiddling with the volume controls while they play, and had the idea of a guitar whose tone can be shaped by the player right from the controls. In the same spirit, you can individually enable each of the pickups using the switches.

In keeping with the spirit of random elements cobbled together that birthed the guitar, I named it the Chimera, after the creature from Greek mythology.

Here's the body before any work was done to it. Mew plushy for scale: 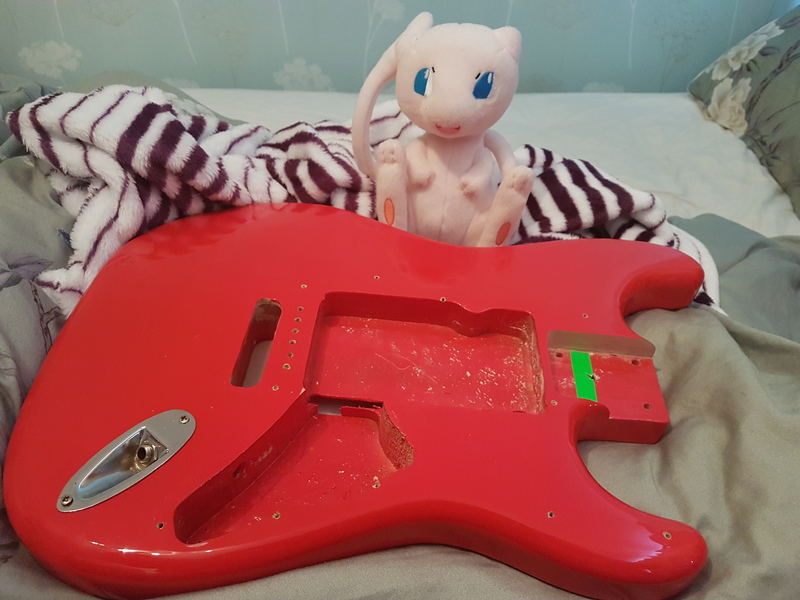 Here it is on Dad's workbench, about 60% complete. Note the big hole where the space for the "trem" bridge used to be - I'm not big on whammy bars, so we took it out. The huge hole was made with a router. The piece of (what we think is) teak, sourced from Gramps, would later plug this hole. You can see it to the right of the body. 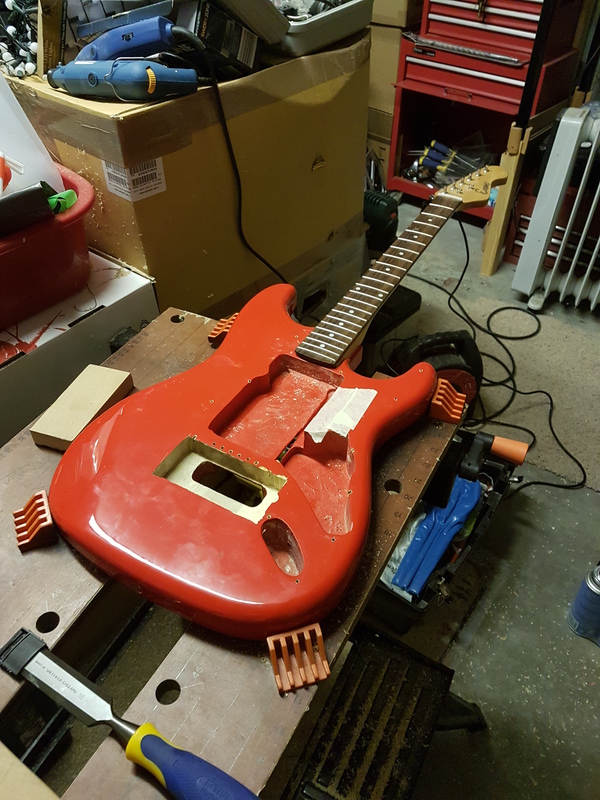 Here's the guitar after it was completed, but before the strap was affixed. Note the bare tone pots - this iteration of the guitar (Chimera 1.0) did not yet have the tone controls installed. The center pickup - a hotrail - was not working. 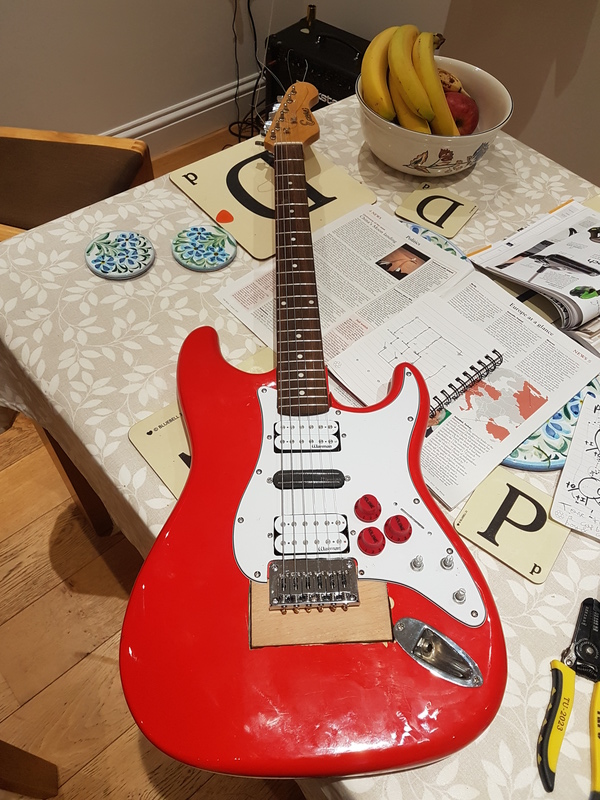 Here's the Chimera 1.0 resting on my couch, a photo taken about 18 months later. This photograph has the strap in view. I chose it mostly based on the design, which seems to have been inspired by Mesoamerican art. 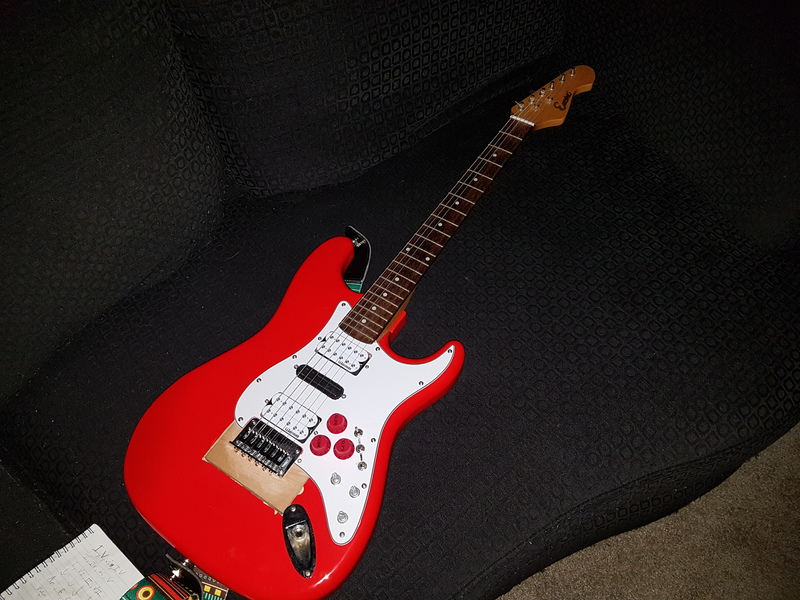 In July 2020 of the Common Era, I decided to finally install the tone pots (thus creating the Chimera 2.0). I did it mostly blind, so the neck pickup's tone sweep is reversed!

Here's some images of the wiring. I'm not a professional, so my electronics are a bit sloppy. This is wiring, too, so it's not the best in the biz. 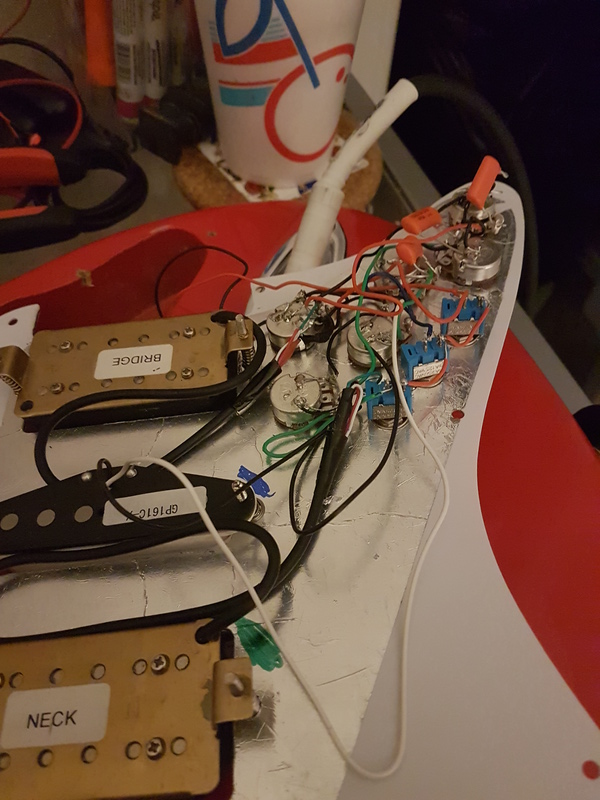 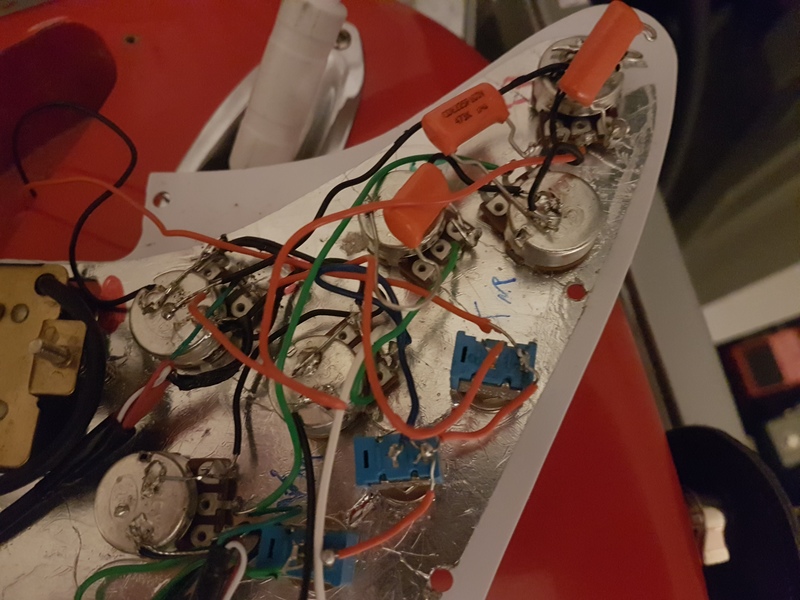 At last, here's the completed Chimera 2.0. Note the new pickup - I purchased a standard Strat single-coil to go in the middle position. This means rather than the original HHH configuration, the guitar now has a more standard HSH configuration, rather like a Gibson. I did actually figure out what was wrong with the hotrail though: the ground wire was not soldered to ground at the pickup (probably a factory fault). 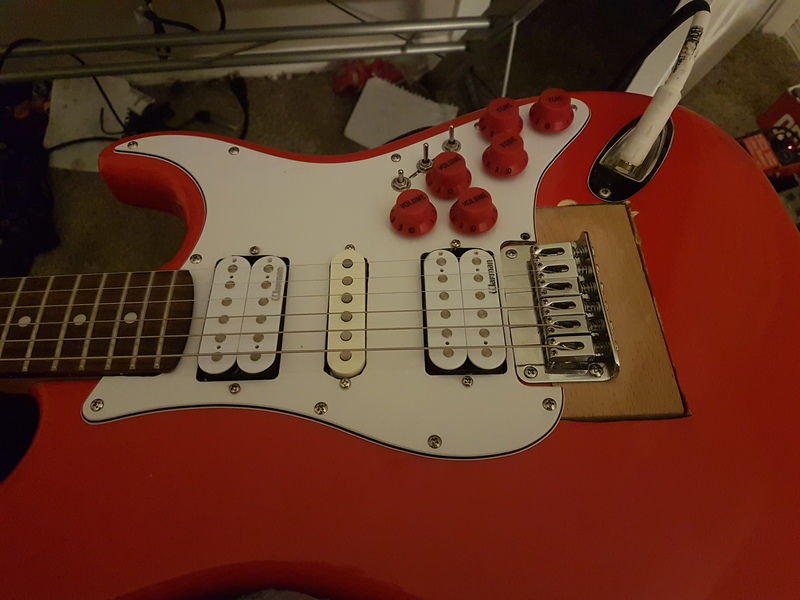 Tired of the teak bridge and erroneous Encore sticker, I did some art to cover up those areas of the guitar. I think the black of the tape actually looks quite nice contrasting with the red of the guitar body. 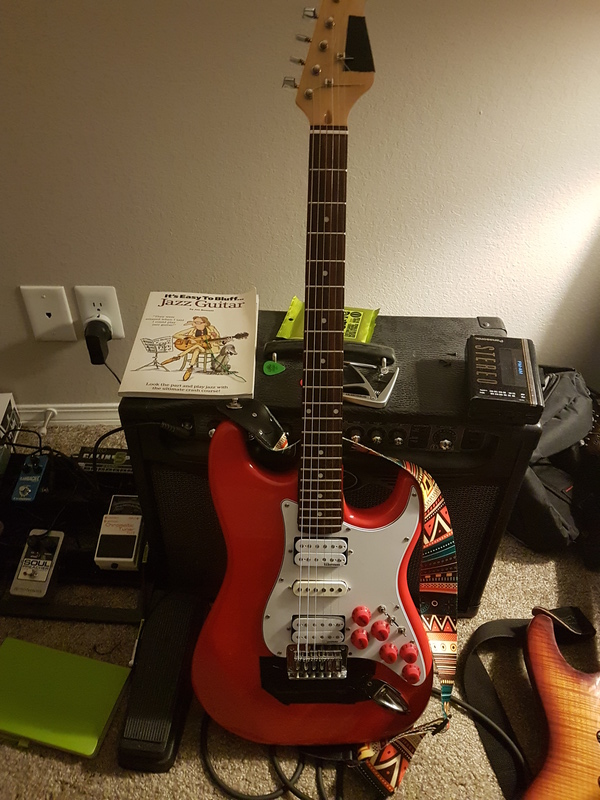 To give the guitar some personality, I'm going to put some stickers on the bridge - rather like Jerry's Alligator strat. Here I'm measuring the pickguard, to see how large a sticker I should buy! Looks like two and a bit tall, three and a half wide (inches). 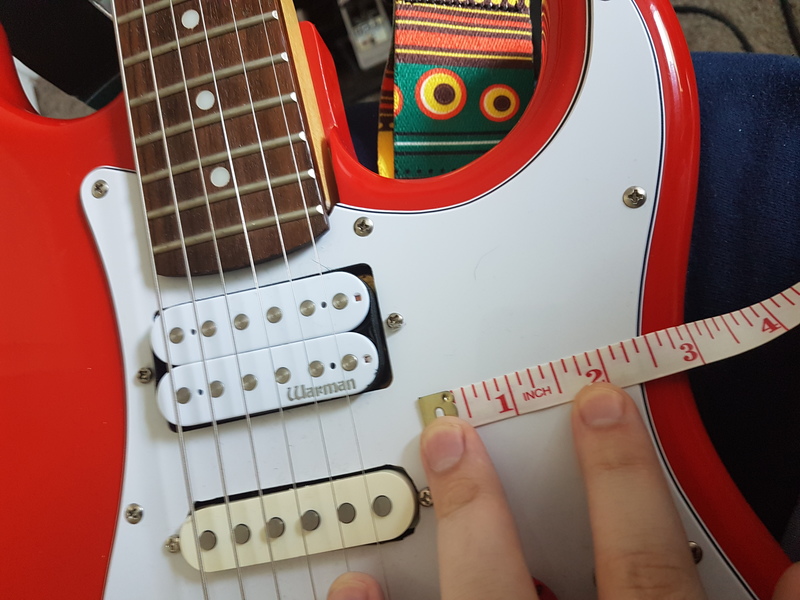 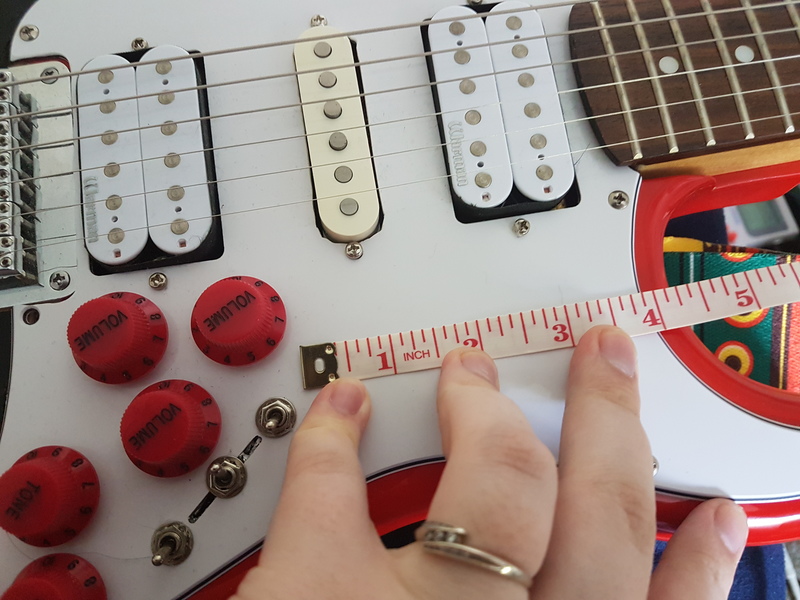